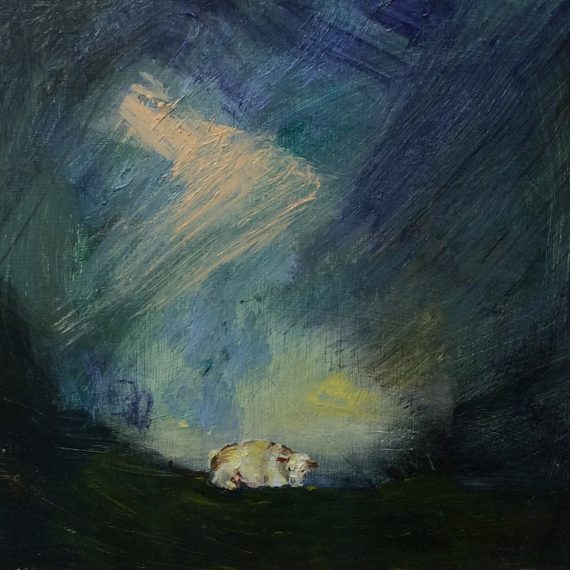 Cudding away in the evening light by The Castles Oil on wood panel 14.5×19 cm SOLD 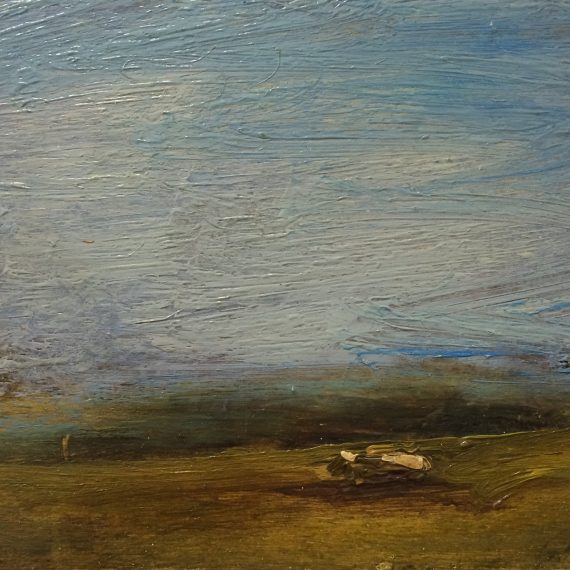 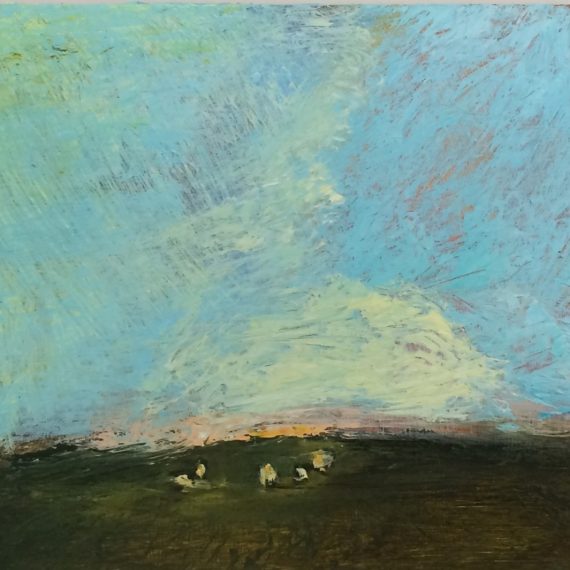 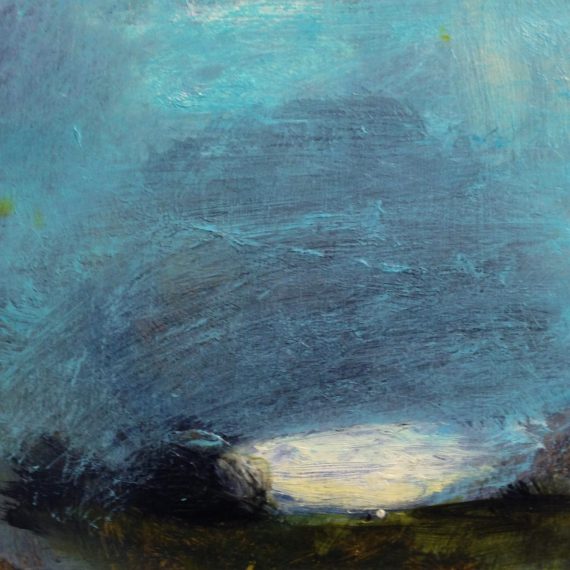 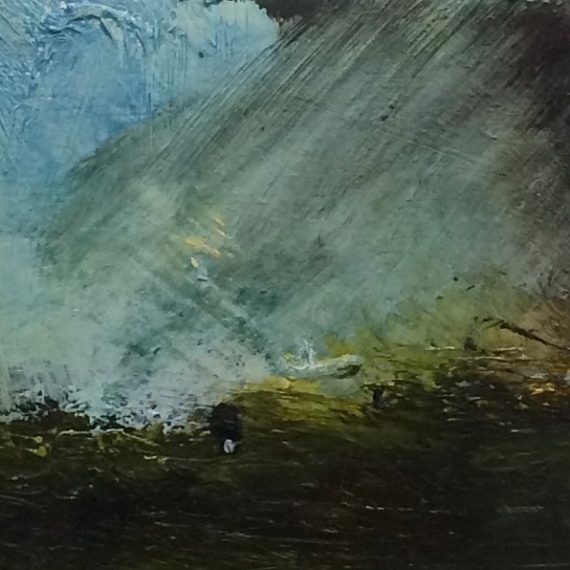 SOLD Advent Sunday. Kiefer said( about poetry) ‘like buoys in the sea I swim to them from one to the next without them I would be lost’. SOLD oil on panel 26×29 cm 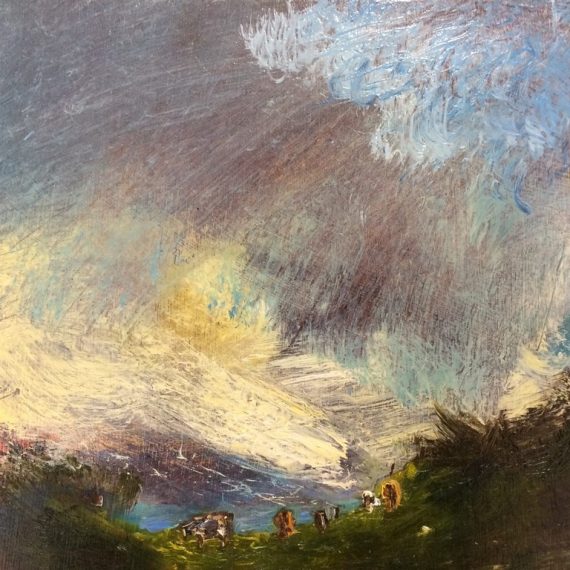 SOLD Mary Frances is reassurance ‘I have the soles of your feet in the palms of my hands. SOLD Oil on panel 11x19cm 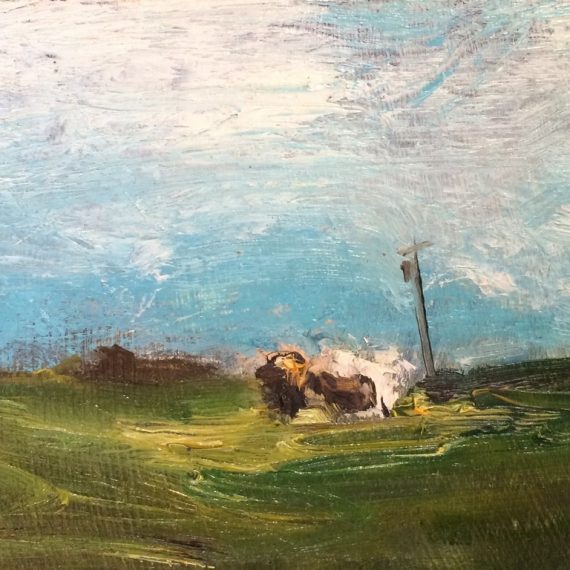 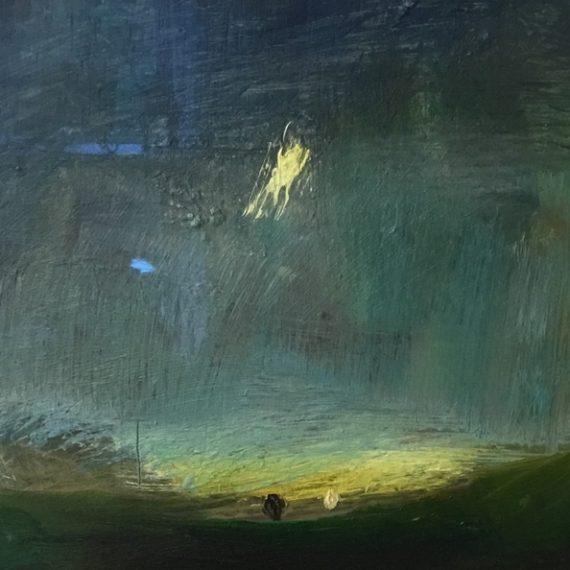 SOLD Charlie and I planting tulips … oil on panel 18x22cm 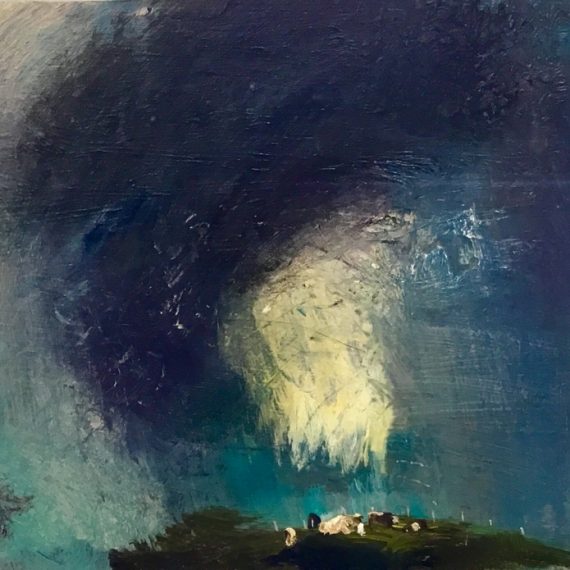 SOLD Hearing in the field that my fellow artist, dear Mary Sheils had died at 90 years of age, loss of a wonderful woman oil on panel 12.7×17.1cm 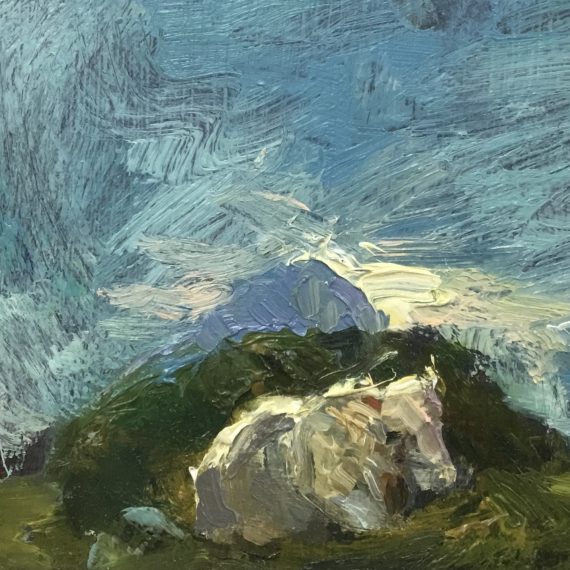 What I live for the first sight of. Oil on panel. 19x15cm 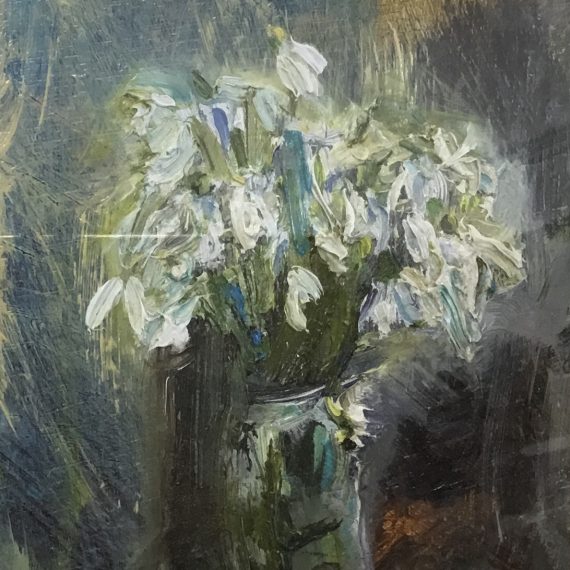 SOLD She was something of a rare beauty, all the way from Burt oil on panel 17.8×22.2cm 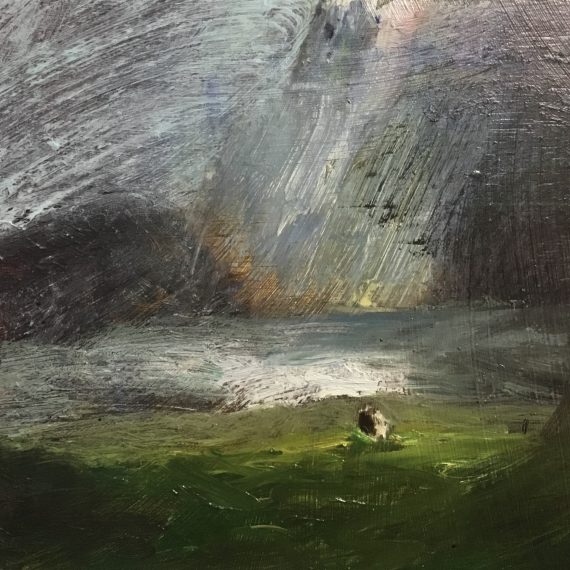 SOLD. Turn my sorrow into glory oil on panel 260x290cm 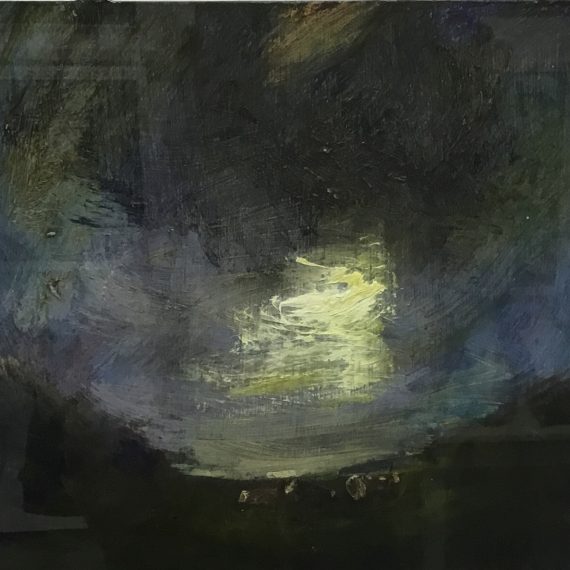 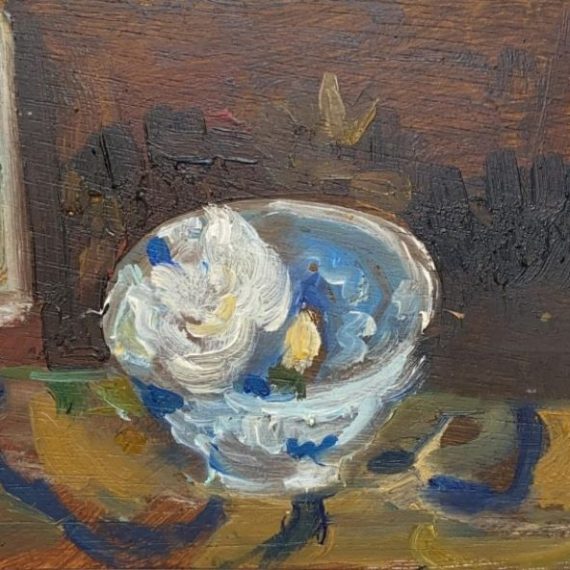 Find what you enjoy doing and do it, don’t worry about being happy or not oil on board 18x22cm 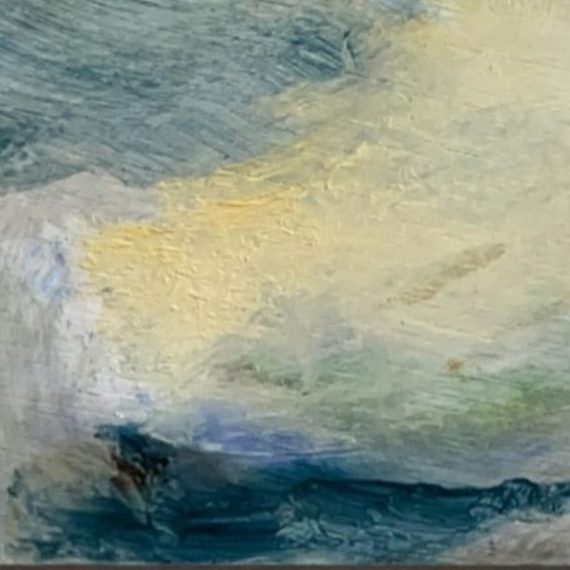 Isabelle from Finland, my dear friend oil on panel 19x15cm 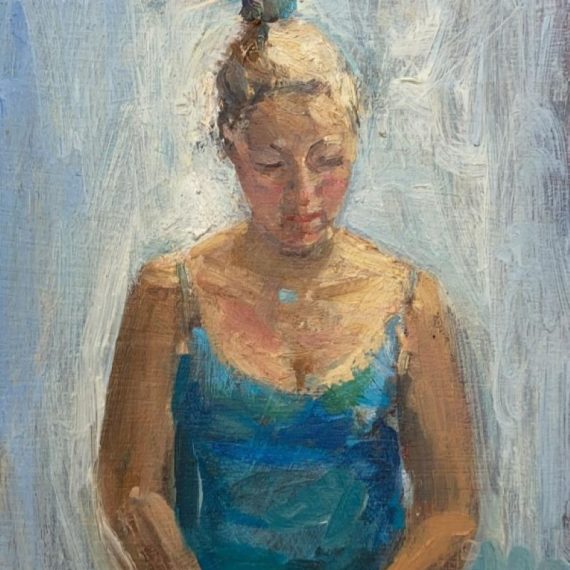 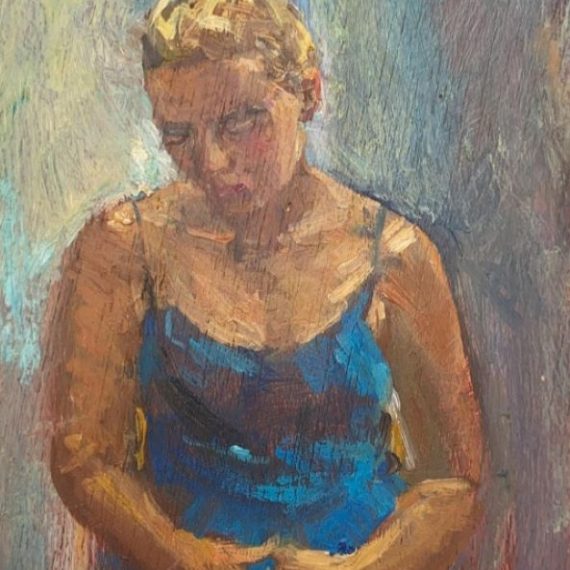 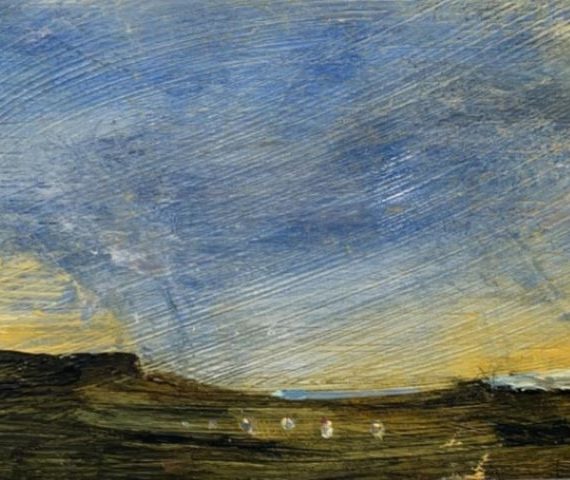 Swallows sweeping like saucers under my feet oil on board 38x46cm 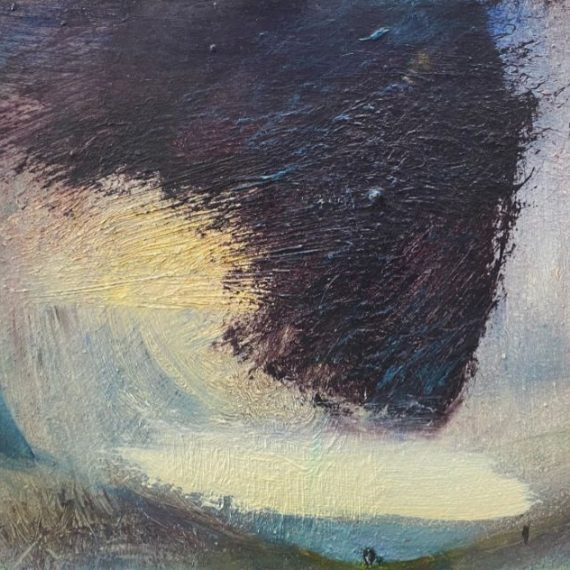 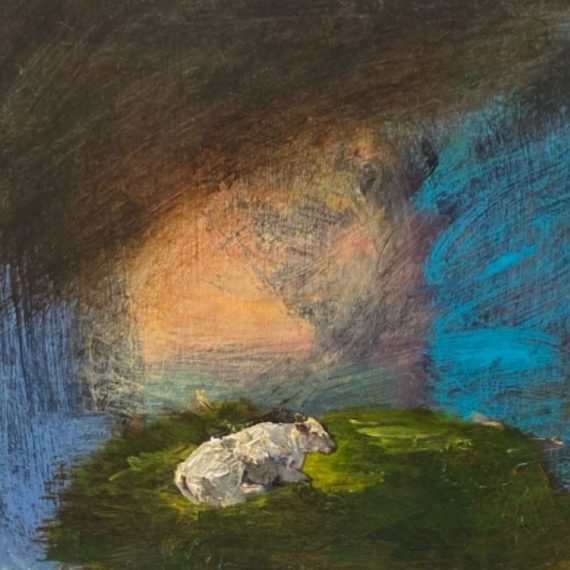 The evening transformed by grace, 7th of September ’14 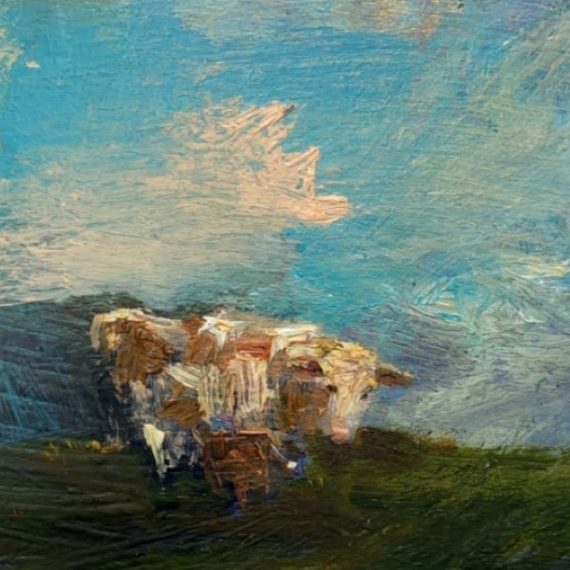 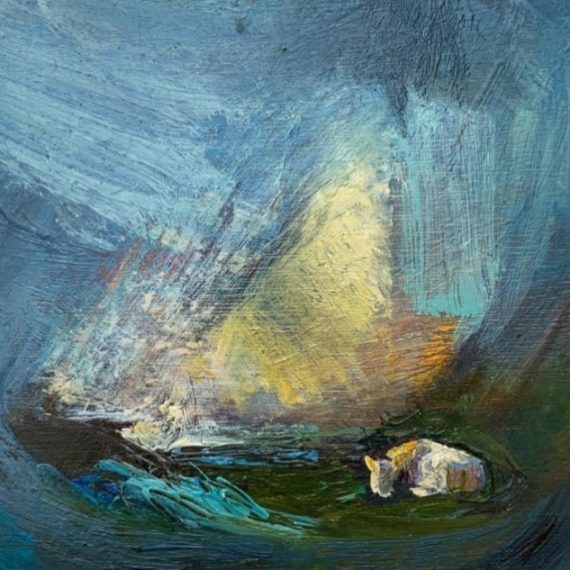 Through the mist and rain of absence, the Christmas star twinkling above Ballyliffen, 4th of December ’12 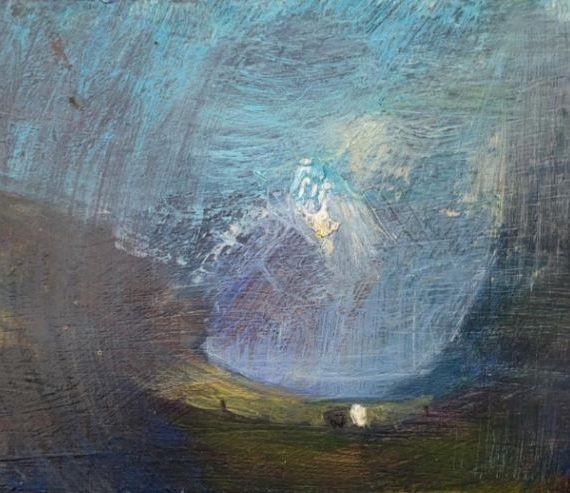 MELITA DENARO
Melita Denaro lives and works between her 2 studios in Donegal and London. Her jewel-like atmospheric paintings capture the essence of the wild and turbulent climatic conditions of the Atlantic coast of Ireland. After her training at Central School of Art and Royal Academy Schools, London she began to exhibit at prestigious Irish art galleries such as Taylor Galleries, Ireland, The Mall Galleries, London and The John Martin Gallery, London. Holder of the Silver Medal at The Royal Academy, Denaro has had enormous success with many exhibitions selling out completely. Her highly sought after work is in most of the important public collections such as The Irish State Collection, The Guinness Collection, London and in the private collection Of H.R.H The Prince of Wales.